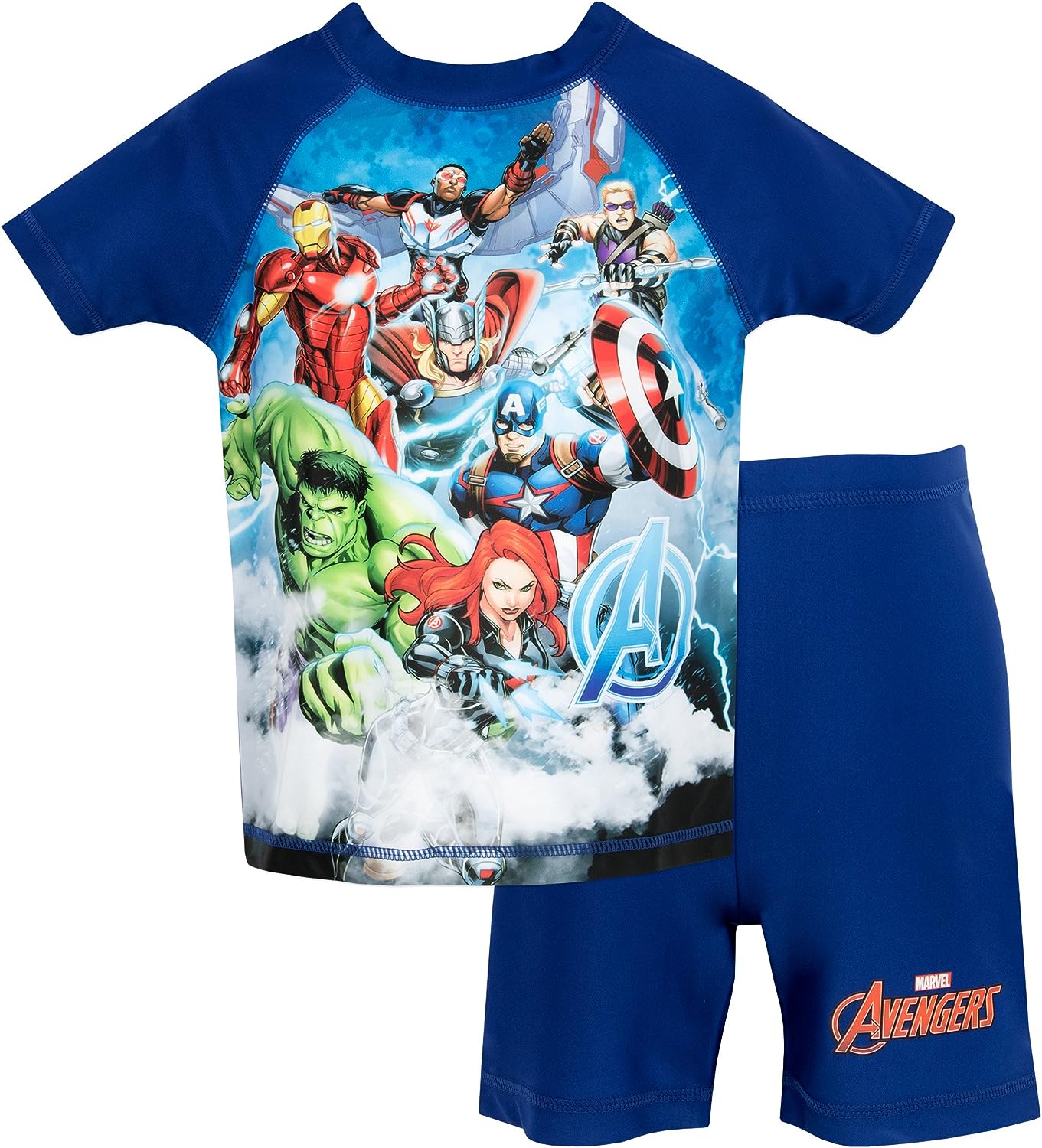 Kids Avengers two piece swim set. Every young Avenger will want this awesome swimmers to make their summer a Marvel-ous one. The surf suit features the Hulk, Black Widow, Captain America, Thor, Iron Man, Hawkeye and Falcon on a vibrant and eye-catching comic style print against a blue background. Complete with contrasting blue shorts featuring the Avengers logo, this boys bathing suit is a must