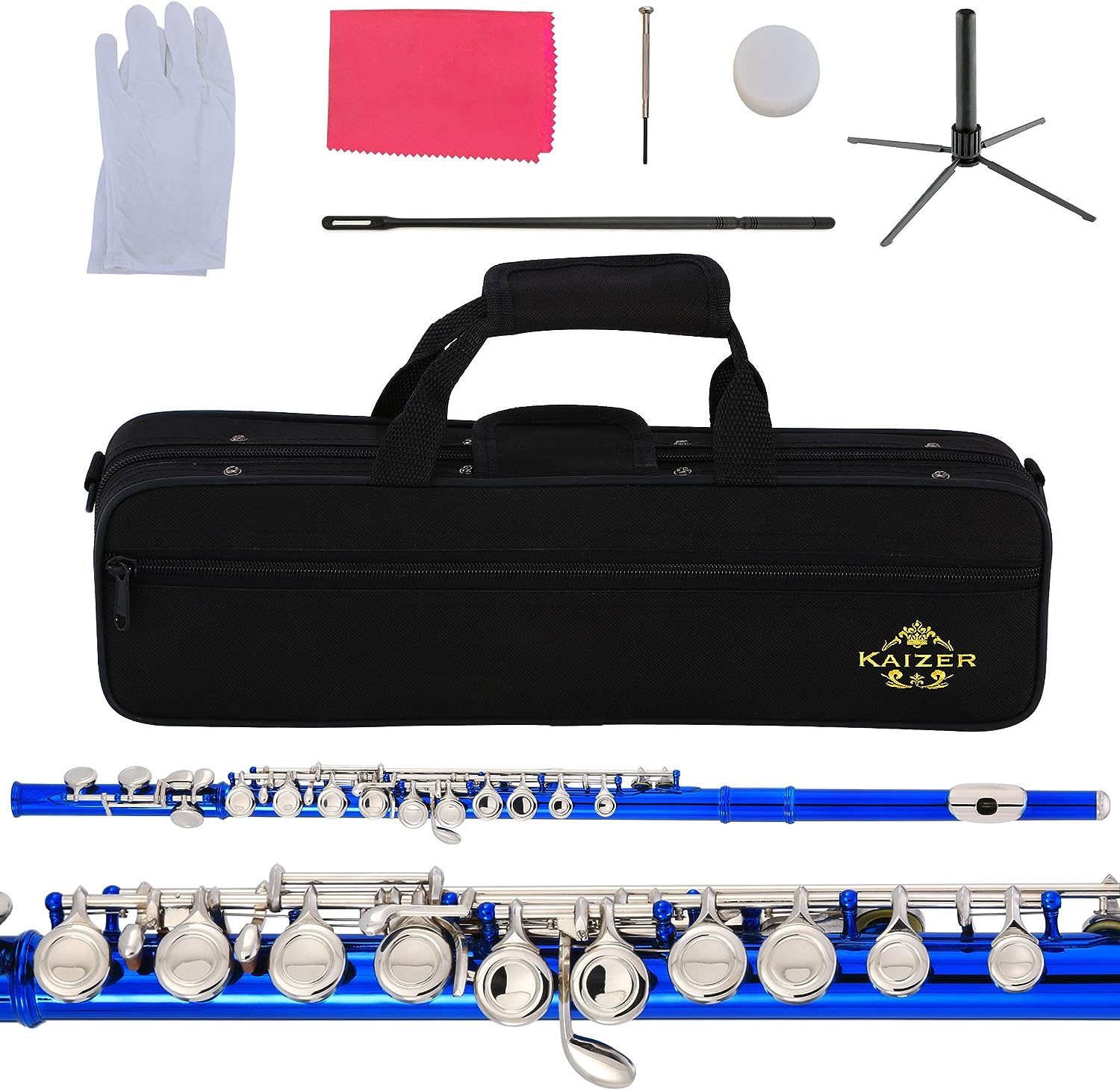 "li" Lifetime no-hassle warranty. If the instrument ever fails due to manufacturing defects, for as long as you own the instrument and have proof of purchase, we'll provide you with parts for free.

Beginner's Choice "br"Kaizer 1000 Series Flute introduces high functionality, versatility, and excellent playability, to beginner students in band/orchestra at a practical price point. The 1000 Series is meant to be beginner/step-up all in one for it is eliminates the need of another step-up or intermediate instrument. When the player is ready to make the transition, he/she can then move on to a pro level instrument. It has standard features like 16 closed-hole keys, offset G with split E, detachable foot-joint and also added features like plateau keys, beveled embouchure and professionally padded keys. The offset G key is allows you to reach the G key naturally with ease. Split E key divides G into two separate keys moving independently while linked. This bundle includes a molded case with a useful maintenance kit right out of the box. The kit includes cleaning rod, polishing cloth, gloves, joint lubricant.

"p"Kaizer offers you the most reliable product and service your money can buy. Kaizer products comes from factories that produces reliable products for many other leading brands. We seek out original manufactures that produces quality instruments for popular brands, we put our private label on those same instruments, stripping away distributors, middle-men, dealers, sales people, gimmick and non-sense, leaving you with top quality and incredible value. Then we top it off with a unbeatable warranty offering you a peace of mind that is unparalleled. "p""strong"Built to Last "br"Kaizer Student Flutes are built to be tough and low maintenance. Made with a nickel-silver body for enhanced tonality and durability while the outside finish protects the integrity of the flute's body. Keys are professionally padded so that they're airtight when pressed and allows for better response and intonation control; keys are loaded with steel springs for longevity and secured with adjustable screws for making small adjustments.