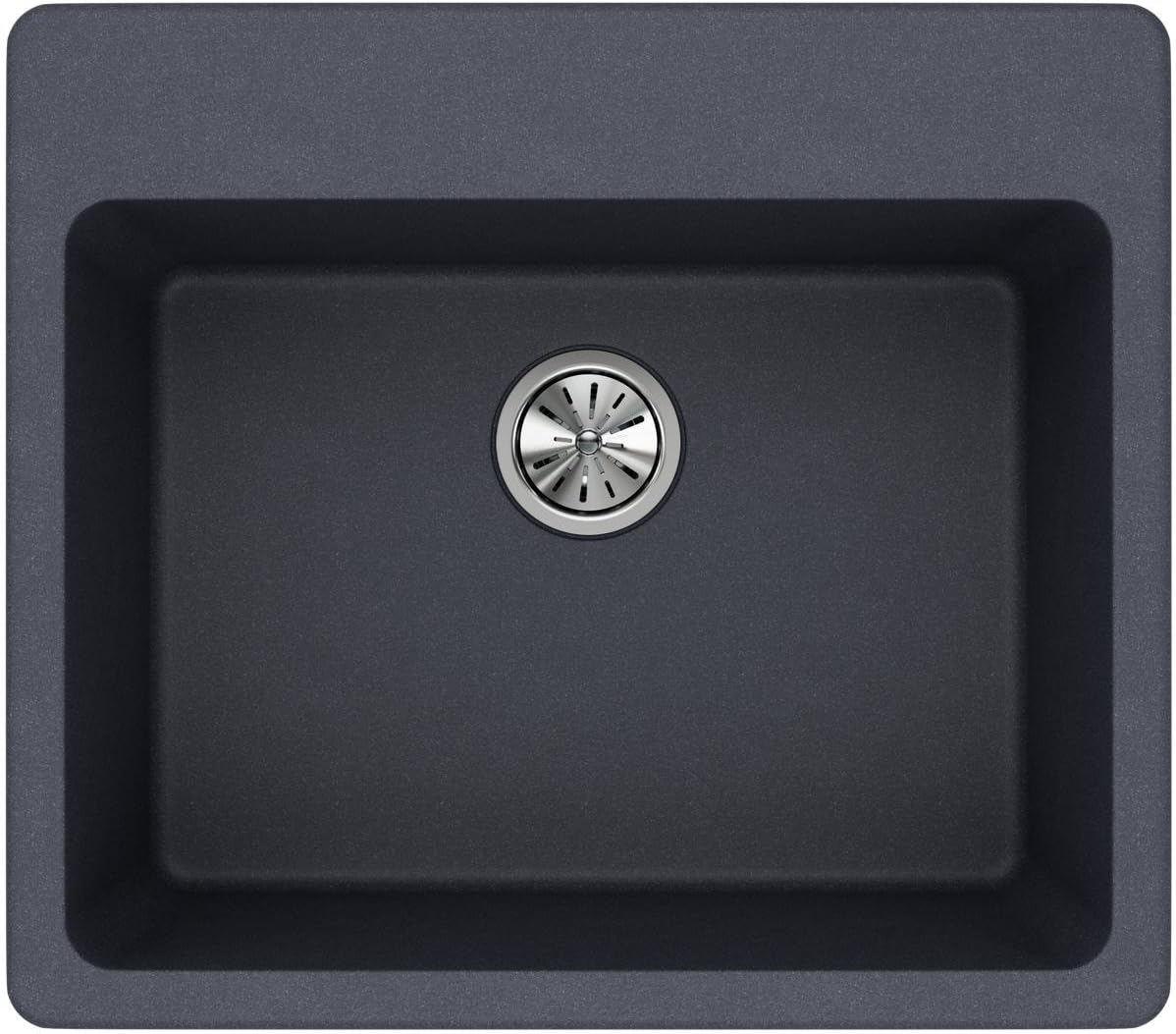 Elkay Quartz Classic sinks have a smooth surface and a visible depth to their structure. They're crafted from natural quartz and come in a range of UV-stable neutral colors in shades of black, brown, gray and white that allow you to add an unexpected pop of color to your space. Whether it's a kitchen sink or a prep, bar or laundry sink, this composite sink has the durability you need to take on tough tasks. Available in ADA depths.

Elkay Quartz Classic sinks offer timeless style and beauty; adding a burst of color to kitchens for more than a decade.

Everyone loves a classic!

This composite sink, molded from natural quartz and acrylic resins, comes in a range of attractive colors, allowing you to match your sink to your kitchen dÃÂ©cor.