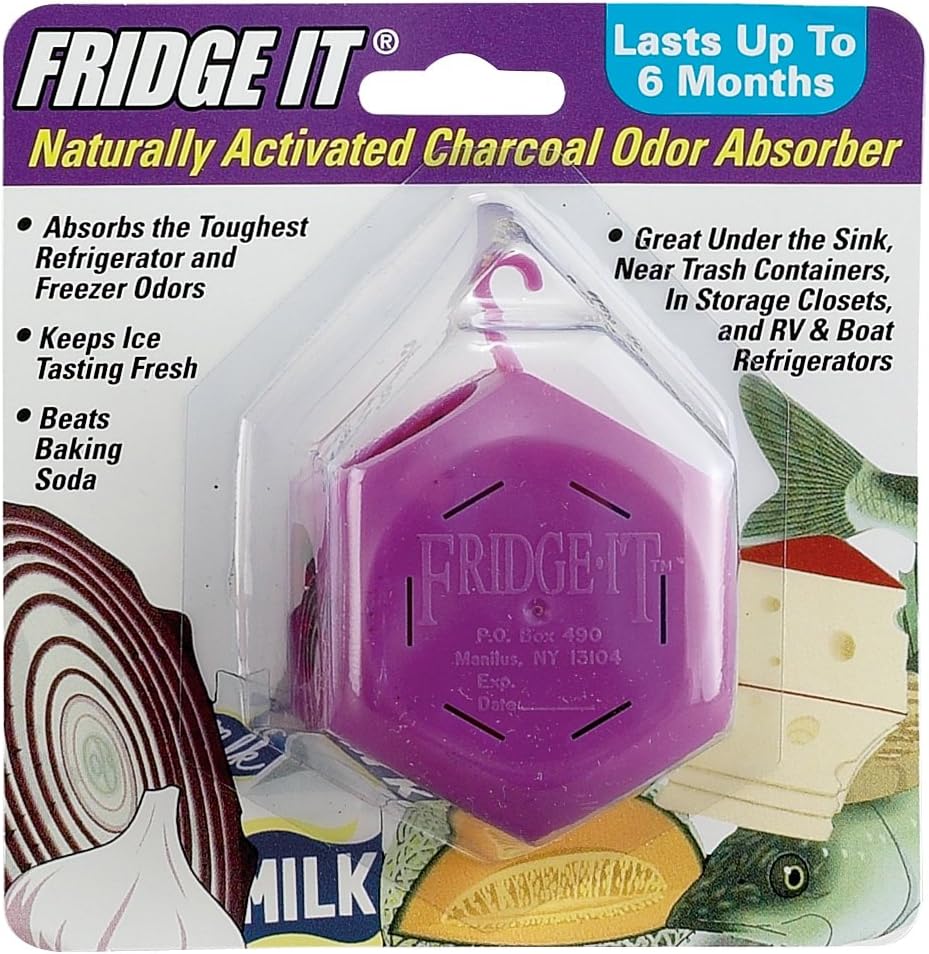 THE FRESHEST AIR DOES NOT SMELL AT ALL

Some air fresheners replace one smell with other. Other deodorizers work on some odors but not all of them. Innofresh odor absorbers work on every smell thanks to the magic properties of activated charcoal. This activated carbon has an exceptionally high surface area thanks to millions of microscopic pores. This network of microscopic pores is where the incredible ability to absorb and eliminate odors takes place. The molecules literally get trapped in the pores of the charcoal and can't escape. It's a perfect, natural, deodorizer that leaves the air around you fresh and odor free.

Now you can deodorize all the smelliest parts of your life including; Fridges, Freezers, Shoes, Pets, Cars, RV's, Boats, Closets and Bathrooms.

"p" Since 1992, Innofresh activated charcoal air freshener products have been on the leading edge of odor elimination science utilizing activated carbon technology also found in advanced medical and water treatment applications. While other companies offer scented products that just cover up odors, we approach the problem of odors differently by developing natural odor absorbers that eliminate the odors permanently rather than masking them with a fragrance. Activated charcoal has been used in other fields for years such as in medical devices and for water treatment as an exceptional material to eliminate contaminates "p" We first applied activated carbon technology to the consumer marketplace with our FRIDGE-IT odor absorber â an advanced fragrance free odor eliminator in a popular âCubeâ shape. Since weâve introduced Fridge-It, this product has become recognized as a superior odor absorber for applications throughout the home including the refrigerator and freezer, but also, under sinks, near trash cans, closets, storage areas, garages, diaper pails, cabinets and other many other problem areas. "p" Since then, under the Innofresh brand, we have continued our mission of exploring safe and effective activated charcoal alternatives to other fragranced spray, powder, gel and oil products with our extended line of consumer air freshener solutions for a variety of other specialized areas such as cat litter boxes and small animal cages again utilizing safe, natural and highly effective activated carbon with our Innofresh PET odor absorber. "p" To address problem odors in the automotive area including odors in cars and trucks from cigarette smoke, pet odors and food spills, our Innofresh AUTO odor eliminator is available in a convenient clip on and hanging format. Unlike many other overpowering fragrances in gels and oils, our technology actually encapsulates fragrances into a convenient plastic clip on case that delivers a light and consistent fresh and clean scent.

"noscript"
"h3" Activated Charcoal deodorizes EVERY smell "p" How Does Activated Charcoal Capture Odors? This is a complex chemical process, but it works like a vacuum cleaner. Our activated charcoal filters âsuckâ odors from the air that passes through our filters. The odors then become attached to the carbon pores and are trapped..
"div"

"p" You may have heard that baking soda is the best thing for removing bad odors from a refrigerator. It is certainly the traditional method to deodorize a fridge or freezer, and many people keep a box of baking soda in the fridge for that reason. However Activated Charcoal is a much more effective material when it comes to combating odors and keeping fridges and many other places smelling fresh. "p" Baking soda (in some countries known as bicarbonate of soda) is actually sodium bicarbonate (NaHCO3) and is used in cooking but also has many, many other uses. "p" Baking Soda does reduce some smells. It reacts with some odor-causing compounds in a way that reduces odor, but it doesnât react with all odor-causing compounds and has such a small surface area that its effectiveness is limited.
"div"

Made in the USA

"p" Our products and all the components we use are all manufactured exclusively in the U.S.A, in a state of the art production facility by dedicated team members whose mission it is to provide the public with the best odor absorbing, deodorizers and air freshening products possible. "p" Not only does making our deodorizers and air fresheners in the USA mean that we can ensure the quality of our products, we also are regulated by strict business and environmental regulations that ensure that we pay our workforce fairly, operate a safe and fair workplace and act as responsible stewards of our planet.
"div"

Keep every part of your life odor free - naturally!

Close
Close
Close
Submit:
Menu
Search
Submit
McCook Gazette
Cardboard challenge
Discovery Center of Southwest Nebraska is again sponsoring the Great Cardboard Challenge, this Saturday at the City Auditorium from 1:00-3:00. Participants are welcome to come and go as they please. The public is invited to view finished products at 2:30. This free event encourages innovation and creativity. Families, kids, and friends can use their imagination to make masterpieces from cardboard and recyclables. Children under 10 must be accompanied by an adult and all participants must sign a waiver.
News
View more news
Looking for a job in the area?
Find out More
Photo Galleries

You can purchase a reprint of any photo in these galleries. Simply note the file number watermarked across the center of the photo, and then fill out photo order form here